Financial Wizardry: The Rule of 72 and Why Invest Now

Whoever said math isn’t fun! The Rule of 72 is one of the better handy “hack” calculations that you can actually remember and put to good use for your financial well being. My kids will roll their eyes remembering me talking too many times to them about the power of the Rule of 72 and the importance of investing now for their financial futures. Hopefully, they remember the key points:

The corollary to the Rule of 72 is wherever you are in your progress to financial goals, start investing now. Put the power of compounding on your side! It’s your friend when you are growing your investments!

An example of the power of compounding is the “penny doubled every day for 30 days” quiz. Would you take $1 million dollars today or the final number of a penny doubled every day for 30 days? The easy temptation is for the $1 million, but the right answer is patience. You would be better off with the $1 million through day 27 at $671,088.64.  The last three days is when the financial wizardry of compounding kicks in taking the total to $5,368,709.12 at 3o days. There’s a whole lot of patience along the way!

Depending on your age it means a little or a lot! The younger, the more impactful because of the power of compounding as shown in the last few days of the penny doubling example. No matter your age, hopefully, it’s something you can get excited about and that motivates you to take action! Let’s take a practical look at a couple of viewpoints on the Rule of 72 using different investment growth rates.

Learning: As you see, the earlier you start to invest the more your investments and compounding can do the work for you. The power of compounding really kicks into gear with the start at age 25. That’s where you see the impactful last doubling of assets versus starting at age 35. It’s like day 29 versus 30 in the penny example. Also obviously the growth rate does matter. The higher the growth rate, the more quickly the money can double in value. That means that there is more growth to get compounded which accelerates things.

Learning: The power of compounding again on display. As your window of time to your goal shortens, the dramatically higher amount you need to save to get to the same accumulation value. Starting early takes the edge off of the huge burden of catching up at later ages. Again the growth rate does matter.

How Many Doubles Can Occur by Age 65?

Learning: This is calculating how many doubles your pennies achieve over a fixed period of time. Invest early and you have a better chance for that one last powerful doubling effect. Higher growth rates over time will give you more doubles. In the penny doubling example that is a 100% growth rate which obviously makes a good example but not a realistic view for investing.

NOTE: I use lower growth rate numbers than you see in various long term market return studies. Many often cite “10%” and don’t include bonds in their investment mix.  There are many variables negatively impacting actual returns versus the index returns such as fees/costs, timing, investing discipline, and more. So I’m providing a more realistic view.

The Negative Side of the Rule of 72

It’s much more fun to look at the Rule of 72 for the benefit of growing investments for long term financial goals. However, truth to be told, it works in the negative direction as well. As an example, credit card debt. In that situation, the Rule of 72 will show you how quickly it will take for your debt to double with no focused payoff action. For example, 18% interest on credit card debt with minimum payments will take about 4 years to double. Needless to say credit card debt at high interest rates can become a quick slippery slope into a big hole.

Call to Action: The Importance of Investing Now

Start investing early and do it regularly! Whatever age you are starting now is better than starting later. Albert Einstein’s 8th wonder of the world aka the power of compounding can do a lot of heavy lifting on your financial behalf….when you give it the time to do the work. Your goal is to create enough time to take advantage of that one last doubling. As we saw, that’s where the magic happens. The last doubling is powerful because big numbers doubling make even bigger numbers!

Please share some of your thoughts, stories, and perspectives around saving money for the long term.

I help people like you who are living real lives with real financial challenges to breakthrough to new possibilities for their financial health.

For more information about Financial Coaching, click the button below to schedule your free Discovery Call. 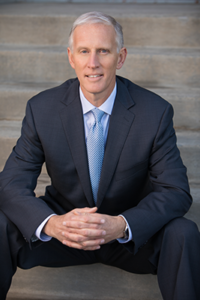 About the Author: Doug Drenckpohl

I’ve been on many great adventures as well as a few twists and turns in my life. Through it all, my daily financial practices have helped me survive the big mistakes and achieve meaningful accomplishments while still being on a path to financial independence. Imperfect. Yes…and that’s why I’m journeying on the Road Today toward financial self mastery.

This site uses Akismet to reduce spam. Learn how your comment data is processed.